A new store opens at Kifissia, one of the most expensive districts in Attica region. In Parallel, Toi&moi reinforces its communication plan building a love-brand strategy. Greek famous celebrities choose the brand for their red carpet outfits, such as Demy, the most famous pop star in Greece.

Despite the economical crisis, Toi&moi continues to play an energetic role in the fashion retail industry.In the second half-year period, the company opens two extremely strategic points of sale, in the city of Patras and at “The Mall” Athens.

Just before the end of 2010, Toi&moi becomes the first Greek retail company which launches its on line shop. In parallel, the brand starts a new communication strategy choosing Tamta, the famous fashion icon as the ambassador of the brand.

In the second half-year period two new points of sale open in the region of Attica - in Golden Attica and in the new mall of Piraeus street, Athens Heart.

A Toi&moi store of 300 m2 opens in the United Arabic Emirates and more specifically in the new commercial centre “The Dubai Mall” that is manufactured in Dubai – a city that constitutes worldwide, one of the most commercial poles of attraction.
During the second half of the year, 2 new openings in the boarders of Greece come to add to our chain- Arta, Agrinio, - and the first Toi&moi store in Lebanon ( Beirut).
2007 is the year where the company decides to face lift some of the most major sale points of its chain: the beginning took place with the face lift of the three floor new-classical building at Ermou street…the next in the rank was the store in Thessaloniki in Mediterranean Cosmos… and last but not least the face lift of Toi&moi store in Peristeri.

This is a landmark year for Toi&moi as it signals the relocation of its central premises to a new, ultra-modern building belonging to the company, with a surface area of 11 000 sq. m., at Nea Philadelphia by the National Road.
The same year saw the creation of a new communication profile as Toi&moi launched its cooperation with k2design, the office with the greatest awards in company design imaging. During the same year Toi&moi started a 4 year cooperation with Air Paris, one of the most famous European advertising agencies.

Toi&moi substantially expands its company network of retail outlets as it now has stores in the most important shopping areas of Attica : Ermou Street, Peristeri, Halandri, Glyfada, Nea Ionia, Patission Street.
During the same year, the acquisition of new buildings is stepped up.

According to the official Eurostat figures, Toi&moi ranks 6th among the healthiest Greek manufacturing enterprises, well ahead of some of the biggest and most well-known industries, and much more so with regard to the other clothing companies.

Five years later, the second Toi&moi store opens at Ermou Street, the most frequented shopping area in Athens. The shop is housed in one of the most beautiful neo-classical buildings of Ermou Street.

From the very beginning, all the company’s activities were housed in a building belonging to the firm, in the Peristeri district. In 1991, it was decided to open the first exclusive store in the same area ; the spot selected remains to date the most important commercially of the district.

1988: This is the year when Toi&moi was founded, as a company dealing in the manufacture and trading of women’s clothing. Its trademark is registered in more than 55 countries all over the world. From the outset, its name conveys the philosophy of its collection : casual and elegant designer clothes expressing the two-faces of the brand, playing with the different feminine moods and always remaining loyal to quality measures. 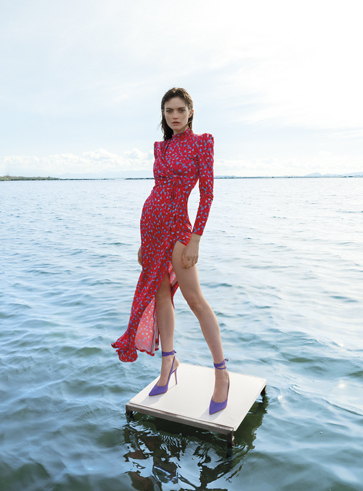 New arrivals,style tips, events,competitions and all our latest trend in your inbox!

Subscribe to our newsletter and enjoy the benefits of